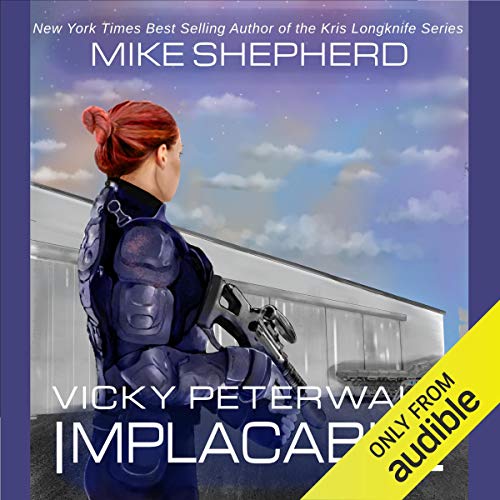 Grand Duchess Victoria Peterwald wants her Empire back. If you're the one who's holding any part of it hostage, you really want to be somewhere else. Quick!

Vicky has cleared Dresden of the so-called Security Specialists of the Bowlingame crime family. Every Redcoat is dead on that planet...and good riddance. Vicky thought she had killed that family twice: first when the Empress and her dad died at the Battle of Cuzco, then when she captured all the uncles and brothers who'd done their best to keep the government going.

Still, the snake of that kleptocracy refuses to die! If Grand Duchess Vicky wants her Empire back, be she an autocrat or a constitutional monarch, she needs to root those snakes out of every hole they've crawled down. The only question is where to go next.

While her army prepared for the invasion of Lublin, Vicky figured Oryol would only be a small police action. Yes, the planet had dropped off the net, but all they have are a regiment of Redcoats without tanks.

What happens when a police force faces no resistance...and goes bad? Just how sick and depraved can men become when they are the law, and no one can stop them from satisfying their every vicious whim?

Worse, what price will a Grand Duchess pay to put an end to that wretched hive of scum and villainy?

What listeners say about Implacable

Vicky to the rescue

I have read this series from the beginning. I have watched Vicky go from bad guy to good Empress.

The book is well written and the pace is fast. I had the feeling Shepherd has lost sight of his goal, or interest in the series, or maybe just got hung up in urban warfare. I hope he gets back on the trend of changing the monarchy into a democracy. In this book the bad are very, very bad characters.

The book is seven hours and fifty-three minutes. Dina Pearlman does a good job narrating the book. Pearlman has been the narrator for the entire series. I think it is important for a series to maintain the same narrator.

This book, at times, sounds like a rehash of the Kris Longknife series.but upon further listening, it is clear that this book is very different. It has some of the most gruesome depictions of torture i have encountered in any si-fi/fiction. Mike Shepherd might have his reasonings for writing such things: and certainly it demonstrates the sheer torture that the enslaved women go through and might seriously want, my question is- why??!

Hold on to your lunch with this one!