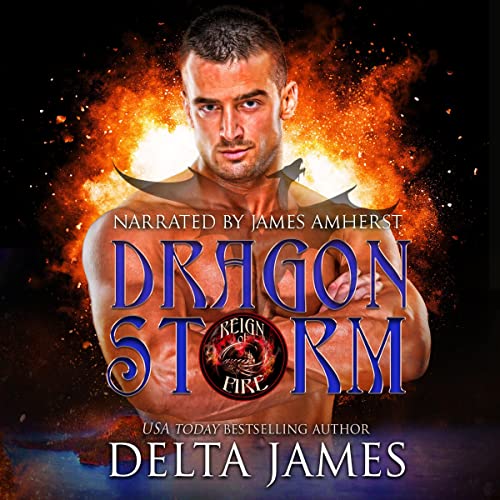 By: Delta James
Narrated by: James Amherst
Try for £0.00

You cannot escape your fate. Especially when it involves a dragon who claims to be your fated mate.

Aria’s visions of something old, powerful, and angry coming combined with her seriously sexy dream sharing with a dragon shifter have confused her. Her visions have proven true too often to ignore. But dragon shifters can’t be true. Right? When a dragon lands in front of her while hiking, her whole world shifts. He is the dragon from her dreams and is claiming, she is his fated mate.

Darius has just accepted leadership of his clan and is headed home when he sees a human female. She is trekking up the side of a mountain and he realizes she's his fated mate. What’s a dragon to do? Simple, fly down, pick her up, and take her home. Once there, he discovers that there is more to Aria than meets the eye. She is the key to beating the evil that is coming.

Can the fated couple survive the coming storm and embrace a future together?

Discover this mythical world of dragons, magic, and romance!

What listeners say about Dragon Storm

This is a great start to a new series, Reign of Fire. Darius won and is now the leader of his clan. He was advised to find a mate and he finds Aria. Although I miss JT Farrell, James Amherst did a great job with the narration. I received this free copy audiobook at my request and have voluntarily left this review.

This series is going to be like Delta’s 5star history, each book is better than the last! How does she do this? Make us so crazy over these bossy, OTT Alphas that we turn to butter?!
Narration is excellent as well, in the zone and hitting all the marks! Incredible book!

Darius is now the Alpha of his dragon clan, and it's his job to save the world. Aria is a lady with many talents but no love life.
When they meet in their dreams, well, that means they're fated mates. Aria's not buying it but Darius goes all Dom on her and you know the end of that story. This actually has some good world building and characters you come to care about. Delta James is known for the dominance genre, and that's what she does here.

I absolutely love dragon shifters and this was right up my alley There was lots of action tantalizing scenes and chartered that sizzled!
Story was to die for this was definitely a 5 star read Bravo Delta you've done it again I loved it !!!!

I Thoroughly enjoyed James's narration of this tantalizing story He did an outstanding job....