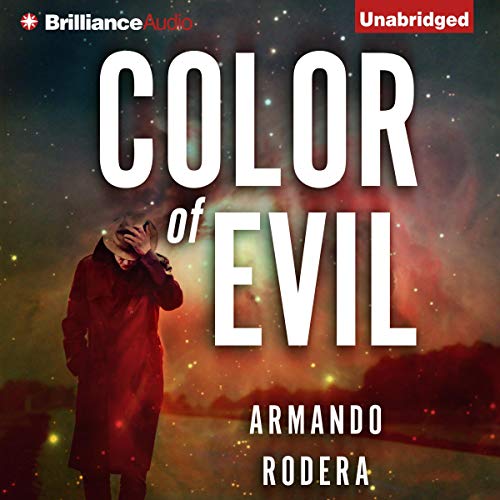 By: Armando Rodera
Narrated by: Peter Berkrot
Try for £0.00

When the daughter of a prominent politician and her boyfriend disappear, officials suspect foul play. Seasoned inspector Francisco Bermejo and rookie brainiac Pablo Roncero team up to investigate, but their hope for an open-and-shut case quickly crumbles. They are on the trail of a serial killer - one whose motivations are as mysterious as the horrific, elaborate tableaus he leaves behind as clues. Bermejo and Roncero must overcome their differences, a byzantine bureaucracy, and the distraction of a beautiful journalist as they race across Spain in pursuit of the murderer. They can only guess where he will strike next - and with the gruesome game the killer's playing, guesswork is not nearly good enough.

What listeners say about Color of Evil