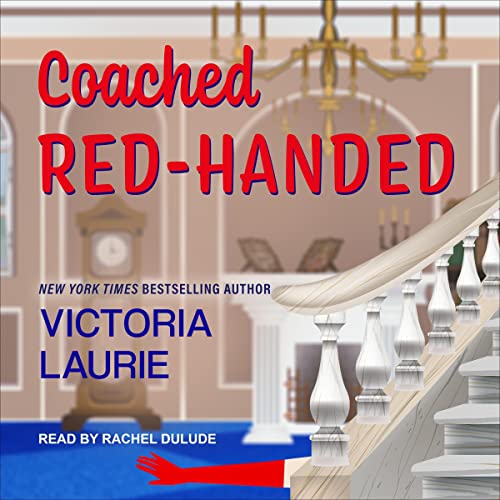 By: Victoria Laurie
Narrated by: Rachel Dulude
Try for £0.00

With Gilley heartbroken over the collapse of his marriage, Cat has the perfect remedy—a three-week-long getaway to Italy. But before the duo can pack their bags and sip prosecco on the sunny riviera, they first must help a troubled client carve out a fresh start of her own. Wealthy Scarlet Rubi desperately seeks a greater purpose and immediate distance from her toxic descendants. The urgency of the situation isn't quite so clear until Scarlet takes healthy steps toward progress, only to turn up dead . . .

The matriarch of a wealthy family has been murdered in her home after finding a new lease on life. Cat's suspicions deepen when she discovers Scarlet was set on cutting off her children and grandchildren, each one more money-hungry and dependent on financial support than the last. As Cat and Gilley investigate a slew of sketchy alibis and concrete motives from the corrupt Rubi clan while preparing to leave the East End for Europe, they soon realize the question isn't who had a deadly vendetta against Scarlet—it's who didn't.

What listeners say about Coached Red-Handed

Oh my gosh. I didn’t know who did it until the end. I’m sure everyone tried to figure it out and I thought the killer was the killer earlier on the book but then a story came about within the story and I had to change my mind. And BAM! It was that person.

And the ending. I NEED MORE!!!

Really love this series!!!
Thanks for keeping it fresh 😊
Can’t wait for the next one!!
Hurry hurry hurry!!

Enjoy listening but the romance part is a bit corny, the over top prose. I like the narrator but felt the lawyer Marcus was all wrong. In past books he was voiced sophisticated and smooth, this time like a cheaper version completely wrong accent. A bit disappointing overall.