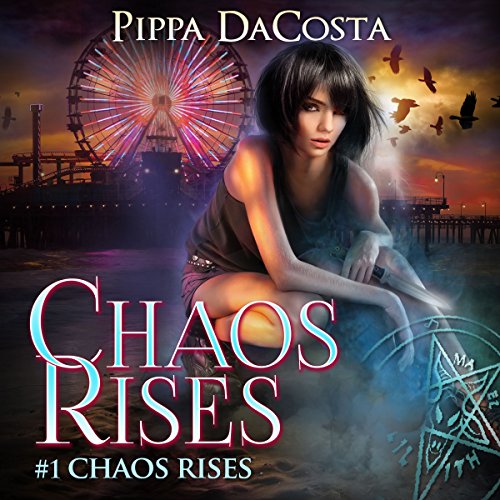 By: Pippa DaCosta
Narrated by: Hollie Jackson
Try for £0.00

When the veil fell, any half-bloods not strong enough to withstand chaos were torn apart. Some, like me and my brother, survived the fall. Most did not.

That's the good news. The bad news saw a whole other world try and devour ours. Demons, we call them. They came in countless waves. Destroying. Killing. Many people thought it was the end.

The fall lasted a week. Tens of thousands died. Hell almost claimed our world as its own.

And then, from one day to the next, it was over. The veil came back, stronger than ever. I'm not sure if anyone knows how it was put right. But I do know it's been six months since the fall, me and my brother are on the run, and the leftover demons aren't the most dangerous things in LA.

This heart-pounding new urban fantasy series promises to bring a heady blend of action, suspense, and a hint of romance to the demon-torn streets of Los Angeles.

Warning: Intended for adult listeners due to themes some may find distressing.

What listeners say about Chaos Rises

A Gripping Start To This Demonic Trilogy

I bought Chaos Rises for my Kindle and downloaded this Audible version too as it was offered at a reduced rate. I alternated between reading and listening.

I am already a fan of Ms DaCosta's books; I find her writing style intelligent, engaging and very easy to read. I like how she paces her plots and the balance of tension, mystery and action she uses.
As a narrated book, I was impressed with Holly Jackson's performance; loving the pace at which she read the story and her tonal adjustments for the dialogue. I would definitely buy books narrated by her in the future.

I really loved this story! Due to the graphic violence and sexual/dark themes, I'd recommend Chaos Rises to adults who are not offended by content of this nature who are fans of urban fantasy adventures with gritty story-lines and lots of action.

Demons running around in Los Angeles. Say it ain't so.

Not bad for the start of the series. Gem and Del are sister and brother. Young half demons trying to stay below the radar. Things heat up when demons with agendas get involved.

Nothing original! A remake of the series The Veil

If you are familiar with The Veil series, then you will enjoy this book. There will be an instant familiarity with the concept of half-demons, the instituted, demons, and relationship with the humans. What is missing? The insane sadomasochist romance between the characters.

The conflict in The Veil and this story is demons and half demons passing as humans. The half demons try to live below the radar. If caught by the humans they turn them into the institute, which will experiment on them without regard to them being sentient beings. The demons can appear normal. Many have respectable positions of power in the city. Of course, humans are unaware they are demons.

The demons work to enslave and degrade the half demons. There is the constant struggle for the dominate persona for half demon. There is the sexual tension generated by the pheromones between the species.

Gem, the half-demon main character spends 8 hours looking for her brother, Dale and backstabs her new friend whenever it benefited her. Gem and Dale were created by the institution to kill demons. Yet, there were innumerable times that a demon would have her in a killing position and she surrendered to them. Dale, is the personification of chaos. He needs saying?

Like the character in The Veil series, Gem spent her time whining about the life of a half-blood, running from demons and the Institute who want to use her for their purposes. As a character, she is only loyal to her brother, naive about the world and other demons, and spend her days fighting with her demon. Her sole purpose in the book is to remind us, the read, that she is looking for her brother.

No one gets between Gem and Dale. Even Dale himself? I had invested so much time that I was determined to see if she found Dale.

The irony of this book and The Veil series. Demons lie all the time. So when there are so many bargains broken how can you feel betrayed and why keep turning to demons for help? Well, this is the last Pippa DaCosta novel with a female as the main character for me. I will try her soul eater series.