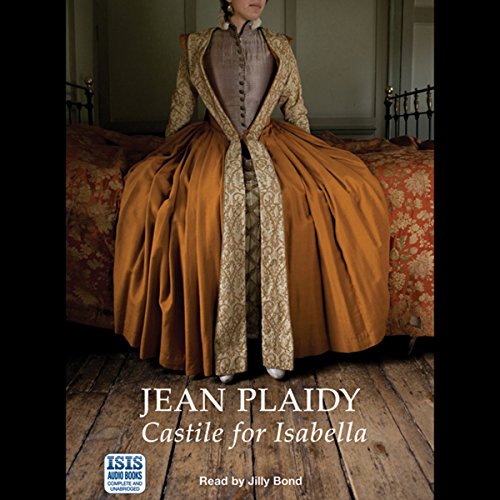 Fifteenth-century Spain is rent with intrigue and threatened by civil war. Here, the young Isabella becomes the pawn of her half-crazed mother and a virtual prisoner at the licentious court of her half-brother, Henry IV.

At just 16 years old, is she already fated to be the victim of the queen's revenge, the archbishop's ambition, and the lust of lecherous Don Pedro Girón?

Numbed by grief and fear, Isabella remains steadfast in her determination to marry Ferdinand, the handsome young Prince of Aragon, her only true betrothed.

What listeners say about Castile for Isabella

Ruined by the narrator

I have long been a lover of Jean Plaidy books so I looked forward to Castile for Isabella. Unfortunately it was ruined by Jilly Bond's narration and cod voices/accents. What a shame...I will definitely not be buying any more as she seems to be the sole narrator. Huge disappointment.

My love of history grew from reading Jean Plaidy. love how different stories are from different perspectives

As good as ever

Having enjoyed Jean Plaidy books in my teens over thirty years ago I was nervous about returning to them. Would they seem old fashioned? Would I still enjoy them as much? It didn't seem old fashioned and was thoroughly enjoyable. The story of Isabella was new to me and I feel I'd like to know more. Jilly Bond was a good narrator with so many "voices" that I forgot it was just one reader.

So well researched and put together
Bravo 👍