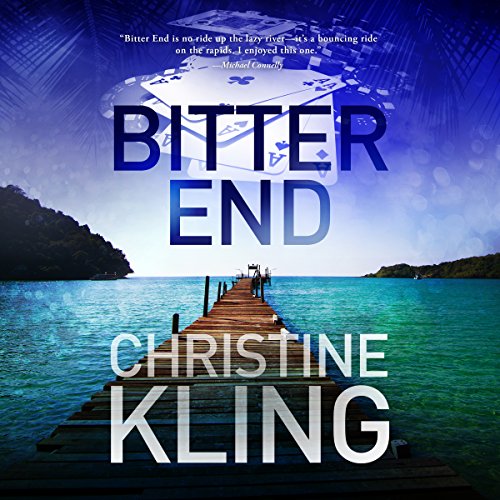 By: Christine Kling
Narrated by: Rosemary Benson
Try for £0.00

Book three of Christine Kling's Seychelle Sullivan series is loosely based on the real South Florida murder of Greek immigrant tycoon Gus Boolis, once the owner of South Florida's Sun Cruz Casino gambling boats. In Seychelle's new caper, she may just be in over her head when murder and corruption come bobbing to the surface.

Since kindergarten, Seychelle and her best friend, Molly, had been as close as sisters. Molly even dated Seychelle's brother. But it all ended suddenly when Nick Pontus, a slick, older, up-and-coming entrepreneur, came along. A smitten Molly quit school, married her new beau, and never spoke to Seychelle again. After 30 years, it still stings.

Seychelle didn't see the sniper who picked Nick off at the helm of his yacht, but she knows that there are plenty of people in South Florida who wanted to see the gambling-boat tycoon dead: the Russian mobsters looking for a piece of his casino action, the Indian gamers who resent his competition, and the ecological activists fighting his plans to develop Fort Lauderdale's waterfront. But it's Molly whom the cops zero in on. And despite her bitter feelings and against her better judgment, when her back-from-the-blue friend asks for help, Seychelle can't just weigh anchor and cruise. She's got to dive in.

What she finds is a money-skimming scam aboard Nick's flagship gambling boat; Nick's new trophy wife turned merry rich widow; and Nick and Molly's teenage son, a scared kid with a big secret...and a killer on his trail. Protecting the boy, proving Molly's innocence, and navigating between squalls of gunfire add up to a tall order as salvage jobs go. But like any good captain, Seychelle will never abandon ship. Even if it means risking her life.

What listeners say about Bitter End

Badda Boom you're there!

The story, the narration is on the money. Every twist and turn had me only wanting more. I read/listened to all 5 in the series in one session. Well done!

The story of a tugboat driver that witnesses a murder only to discover that her childhood friend has been arrested for the murder of her ex-husband. She takes their child under her wing. While protecting him she sets out to find out why her friend is being framed.

It's a quick easy read and enjoyable. Narration was good.

I was provided a free audio copy of this book to write a review.