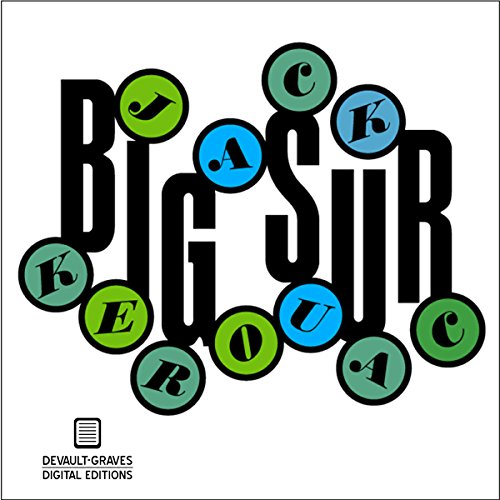 By: Jack Kerouac
Narrated by: David Angelo
Try for £0.00

Jack Kerouac shot to literary fame in 1957 with the publication of his iconic book of the Beat Generation, On the Road. Kerouac was termed "King of the Beats", a mantle he was entirely uncomfortable with. Along with Kerouac, Allen Ginsberg, William Burroughs, Gary Snyder, Michael McClure, and several others forged a new literary voice and attitude - it was a movement that often mocked and challenged the American status quo. Prior to the publication of On the Road, Kerouac had written several novels and poems. With the almost overnight success of On the Road, publishers clamored for his other books and a Kerouac industry was born. Within only a few years of being heralded as the voice of a new generation, however, Kerouac was aging, severely alcoholic, and suffering from a death of the spirit. Arguably his finest post-On the Road novel, Big Sur captures Kerouac (here named Jack Duluoz) trying to escape the clamor of beatnik adulation by retreating to Lawrence Ferlinghetti's peaceful cabin in Big Sur. What begins as a pastoral regeneration descends into a personal hell when Kerouac suffers an alcoholic breakdown. Written in Kerouac's elegantly poetic and rapid-fire prose, Big Sur is both beautiful and horrific, a clear-eyed recollection of facing down his many demons and willing himself to survive them.

What listeners say about Big Sur

Life is not an apology.

Like so many others in the 1960's, I both fell in love with and was influence by Kerouac's, On the Road. So when I saw that the Big Sur, a book I had never read, had been published in audio, I requested it from the rights owner, via FAFY, and was freely gifted a complimentary copy. Thank you so much. Listening to the poetic near stream of consciousness prose read by David Angelo was bliss. The stumbling inner dialogue as Kerouac both battles and flows with his alcoholism might be a hard concept to endure, but expressed with such beauty and clarity and insight, as well as the vibrant observation of this surroundings, made Big Sur, for this reader, a book to savour slowly, not all in one prolonged sitting as I usually consume.

On the Road had brought Kerouac, later in life, fame, fortune - and alcoholism. A brief retread to the solitude of the Big Sur was his attempt to get back n track, away from city life, booze and the visits from heat fans to their hero. No longer financially needing to hitchhike, he took with him his terrors, desperation, memories and wider of the landscape around him before returning again to old friends, not all of the human kind. A combination of horror and beauty, this is a harrowing book to read but such a marvellous insight into the mind of a man so different from that immagined by his young fans.

Not an easy book to narrate, as the text slides between present and memory, shifting thoughts and ideas merging and melding, but David Angelo is superb, capturing the author's voice as his near deadpan presentation still sparkles and firmly keeps hold of the listener throughout the constant twists and turns of current occurrences, past recollections and wondering insights.

My thanks to the rights holder for their generosity in gifting me this book. It is one I would not have wanted to miss and one I have no hesitation in recommending to any adult interested in the inner truths of a man, still so full of life, just hanging on as best he can. Wonderful.

The style of this Author is not only tough for a reader or listener to absorb but even harder to perform in a Audio Book.

But like many things in life you need to struggle and suffer a bit before you get your reward.

With the aid of a wonderful performance the listener gains great insight to one of the great and enigmatic Writers
in American Literature.

Big Sur was a good read by Jack Kerouac. In the book Jack Duluoz is trying to escape beatnik adulation by retreating to Lawrence Ferlinghetti's peaceful cabin. It descends into a personal hell when he suffers an alcoholic breakdown. I enjoyed reading this book and cant wait to read more by the author.

I would not recommend this title. I love Jack’s work but the voice is robotic. It’s ok if you don’t take my advice, just remember that I warned you.

The Narrator makes it!

The narrator is what makes this audiobook so worthwhile. I was a bit worried talking a Jack Kerouac novel because I'm not a huge fan of his work. I find his style to be neurotic and not in a good way.

The narrator is what made me want to give this a shot. I could tell the narrator had a stronger passion for this work than I did based on a sample I heard so I requested and received a free copy if I were to give an honest review. When Kerouac is hyper and first arriving in Big Sur it is very fast paced and I feel the speed picked up. In contrast, when Kerouac was calmly, if that is possible for him, describing something the tone slightly reduced which had an amazing affect! It was almost like there were a couple periods thrown in the mix without interrupting the flow.