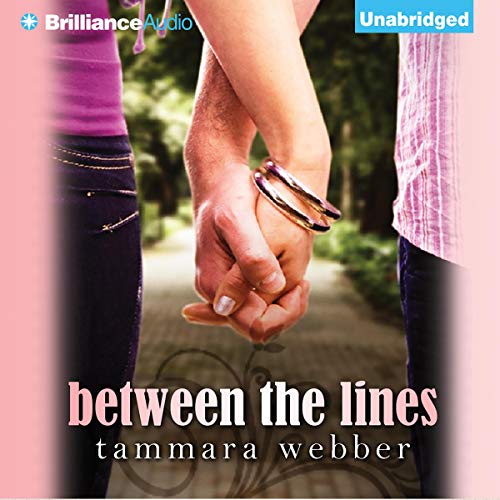 By: Tammara Webber
Narrated by: Kate Rudd,Todd Haberkorn
Try for £0.00

When Hollywood It Boy Reid Alexander arrives on location to shoot his next movie, his goals are the same as always: film another blockbuster hit, and enjoy his celebrity status to the fullest while doing so. His costar is a virtual unknown with whom he had blazing hot chemistry during her auditions. The universe is lining up nicely to grant whatever he wants, as usual, until he’s confronted with unexpected obstacles on location - like a bitter ex-girlfriend and a rival for the first girl to spark his genuine interest in years.

Emma Pierce just got her big break after more than a decade of filming commercials for grape juice, department stores, and tampons, and more recently, bit parts in made-for-TV movies. Nailing the lead role in a wide-release film sent her agent, father, and stepmother into raptures, and should have done the same for her. The Problem? Emma is experiencing a building desire to be normal, and starring in a silly, modernized adaptation of one of her favorite novels - opposite the very hot Reid Alexander - isn’t going to advance that aspiration.

Indie actor Graham Douglas isn’t overly picky when it comes to film roles. If it pays, he’ll do it. Besides, his friend Brooke Cameron snatched up the role of the bitchy hot girl and could use his help as a buffer, because her ex is the star. Graham has no problem keeping a handle on the situation, until he finds himself attracted to Reid’s costar, Emma, the girl Reid is pursuing full-throttle with his standard arsenal of charm, good looks, and arrogance.

What listeners say about Between the Lines

This is a teen romance

I chose this book based on the number of stars and the publisher's description. The thing that was frustrating is that it doesn't say that it is a teen romance anywhere. I had a hard time getting into it knowing that it was about people ranging from 17-20. Kind of hard to take seriously for someone in their early thirties.

That said - it was well written and had great character development... I am sure that it would be very enjoyable for a younger audience.

YA Soap Opera on Set

This is an older teen soap opera on a movie set, and must have been just what I was in the mood for because I gobbled it up over the weekend. And I do mean *soap opera*, and in a good way. That’s pretty much all you need to know to tell whether or not you’re in the mood for this book. I’m very glad the series isn’t over and these kids have a lot more life to live – I’m downloading the next book as I type, feeling confident that it’ll be as fun and juicy as this one!

There are two main characters, Reid and Emma, and the story flips back and forth between them. Emma was my favorite of the two, so I’m hoping we’ll hear more from her in the next book but haven’t wanted to peek ahead to see yet. Reid in particular has a lot more growing up to do, which I’m guessing he continues to do as the series moves along. This book served to show us more of his starting point in that journey than his finish line, but with (at least) three books more to come that’s to be expected. So don't go in expecting a standard quick romance novel set-up, where you know exactly who ends up with whom from the beginning and you see the expected HEA within 8 hours. Seriously, soap opera!

This is the second book I’ve read by this author and I love the way she writes. She conveys description and character insight without clogging the story. The narrators did a great job too, and you could tell they came in completely prepared. If you’re in the mood for a well-written YA soap of a story, I’d recommend this one! And at the current price it’s a total steal!

It was a pretty silly story but I listened and will probably get the next in the series So, although not amazing it passes the time

I was surprisingly underwhelmed

I had read "Easy," also by Tammara Webber and I really enjoyed it. I recommended that book to a friend. When I started "Between the Lines," I wanted to feel the same satisfaction I had before. About halfway through the book, I came to terms that it probably wasn't going to happen this time around.There are many characters. For me it was easy to confuse who's whos manager, friend, castmate, etc. Reid and Emma were interesting characters but I feel THEIR story just kind of fizzled out. I know this book is part of a series, but a more distinct break in the relationship would have made it better.For these reasons and then some, I would not recommend this book.

The most interesting aspect of this story was the insight into young Hollywood. The story depicts well the complexities of being a young actor/actress and the lives they lead on and off camera.

Have you listened to any of Kate Rudd and Todd Haberkorn ’s other performances before? How does this one compare?

I don't think so. Todd Haberkorn, as the voice of Reid, really captured the inflections of a ~18yo. My only criticism is that all the male character he voiced sounded the same. Kate Rudd gave Emma more mature tone.

Not really. As the headline states, I was quite underwhelmed

The story was good about 4 hours in. After that, it never went anywhere for me. I do not intend to read the remaining books of the series.

Decent story with a nice narration

I am a bit shocked that I ended up liking this book at all in the end. I was convinced that I was going to 1 star it for much of the story. And, honestly, it probably deserves 1 star.

Reasons this book enraged me:

1) We are stuck inside the brain of a huge jackass. When I first started reading this book, I thought Reid was going to be this bad boy that got reformed by the goody-goody girl. That isn't what happened. I kind of want to give props to the author for having the guts to write a character that is such an unabashed douche. He is spoiled, obnoxious, self-aggrandizing, rude, and just the kind of male character that I love to hate. Yet we are stuck reading from his ignoramus point of view for half of the story. It was sometimes laughable how much I hated Reid. At least he wasn't homophobic or racist, he had that going for him...

2) The love triangle. Made popular by Twilight, the love triangle rears its ugly head in this book. The whole story is a wishy-washy back and forth between Reid and Graham and Emma just can't make up her mind?!?!?!?! ::wails::


3) The miscommunications. Did Emma ever hear the saying, "don't assume, it makes an ass out of 'u' and 'me'"?? I think not. If she had just asked some simple questions, much of the drama of this book could have been avoided.

So clearly I hated this book, right?

I think it was the narration that won me over in the end. I really enjoyed listening to the audiobook, and even when the characters annoyed the crap out of me, I remained entertained. I also liked the addition of the surprises towards the end of the book, one of which I saw coming from far away, the other less so. It added a bit of intrigue to a otherwise mundane story.

I suspect that I should have hated this book... but I didn't. I enjoyed it and might go as far as to read the next in the series.

OMG OMG .. the story was cute and quick .. but that ending is mind blowing !! I am still processing it
it is a good beginning of the series and I'm so excited to see how everyone turns out

Good listen for a 3rd in a seriec

If you listened to the books in sequence, I was surprised that this seemed like a "new book" in a way, since the book deviated from the main character Emma Pierce in the first two books to Reid Alexander and a new "co-star" in book 3. I liked how they closed out the first two books in book 3, but it did take a turn from what I expected. Overall I really enjoyed this book and would recommend it and would look forward to another in the series.

I’ve read/listened to this series 3 or 4 times now! It’s definitely one of my favorites! Love Tammara’s writing!
Her book Easy is really good too!

talk about plot twist!!! I am shocked! I love the book and who read it! great job!!!

Wow, wow, wow!! I loved this bool, I didn't want it to end. I get bored easily but this story reeled me in. I can't wait to read the next one.