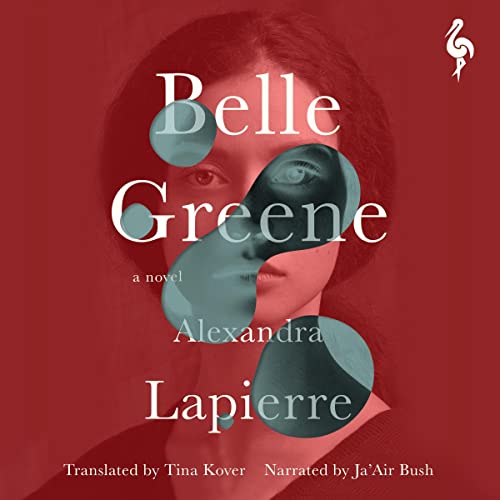 Based on the true story of Belle da Costa Greene, a woman who defied all odds to carve out a destiny of her own choosing, this is a richly imagined novel bursting with atmosphere, lush period detail, and many unforgettable characters.

New York in the 1900s. A young girl fascinated by rare books defies all odds and becomes the director of one of the country’s most prestigious private libraries. It belongs to the magnate J. P. Morgan, darling of the international aristocracy and one of the city’s richest men.

Flamboyant, brilliant, beautiful, Belle is among New York society’s most sought after intellectuals. She also hides a secret. Although she looks white, she is African American, the daughter of a famous black activist who sees her desire to hide her origins as the consummate betrayal. Torn between history’s ineluctable imperatives and the freedom to belong to the society of her choosing, Belle’s drama, which plays out in a violently racist America, is one that resonates forcefully, and illuminatingly even today.

The fruit of years of research and interviews, Alexandra Lapierre’s magnificent novel recounts the struggles, victories, and heartbreaks of a woman who is free, astonishingly determined, daring, and fully, exuberantly alive.

“In this extensively researched historical novel, we see Belle from the time she’s a young woman born Belle Greener, daughter of the first Black man to graduate from Harvard. An engaging story about a brilliant woman who risks everything.”—Kirkus Reviews (Starred Review)

“Erudite, sharp, and worldly, she hid an incredible secret…The story told with panache by Alexandra Lapierre of one of the first women of the 20th century to have had the madness, and above all the courage, to choose her own destiny.”—ELLE Magazine (France)

“With the tale of this amazing destiny, Alexandra Lapierre recounts a piece of American history and the story of a flamboyant woman. Lapierre loves extraordinary characters: in Belle Greene, she has found a heroine worthy of her talent.”—Le Matin Dimanche

What listeners say about Belle Greene

The heroin is unrealistic at all times loyal, defiant, resilient and successful but the wtory is,good

The story is interesting, the narration is bad

Until I read the book I never even thought of the pain and dangers of blacks crossing over. The writing itself was not very good.The sentence structure and the vocabulary are infantile, the metaphors are unbelievable in their pedestrian comparisons. I went over to reading the book, which was by far better than the terrible narration.

The Absolute Go To for Belle's Life

If you will only read one book about Belle de Costa Green, this must be the one. I enjoyed listening to it on audible. The narrator must be given a chance. At first her voice seemed to cube across too immature. But rather quickly I discovered it was a great voice to tell Belle's story. The research and detail is superb. This author is able to piece this life together and write in a way that it tells a story. The Illuminated Life was good but lacks the information discovered since it's writing. The Personal Librarian comes no where near to as good as this book.