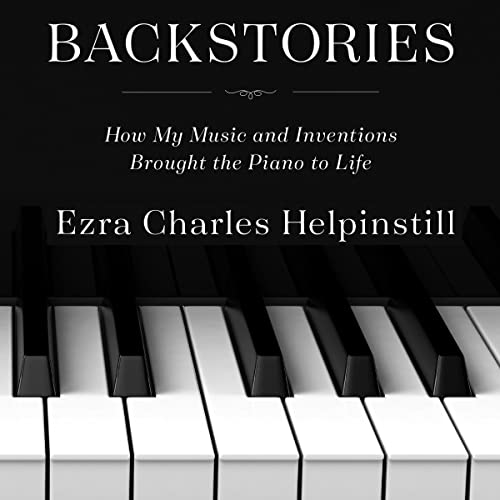 By: Ezra Charles Helpinstill
Narrated by: Dave Sartin
Try for £0.00

Ezra Charles is Houston's most celebrated piano player, winning the Houston Press Readers' Poll in six different years between 1992 and 2013, along with many other awards. But before he adopted the stage name "Ezra Charles" in 1983, he was already famous in the music world as Charles Helpinstill, the inventor and manufacturer of the Helpinstill line of piano products.

In the course of his long career on both sides of the footlights, he met and interacted with dozens of music superstars. Now he has written the backstories of both his life as a musician, and his personal adventures with the rock heroes after he invented the device that made it possible for the world to hear them. Each of the 45 chapters in this audiobook primarily tells a story of an individual celebrity he met. Since the audiobook is in chronological order, it becomes the life story of a musician growing up in the Gulf Coast region of Southeast Texas that spawned several generations of legendary contributors to American music.

What listeners say about Backstories

So many good stories in this book. You won't want to put it down!! The narrating is top notch!

What an interesting story about the adventures of a musician, inventor and writer! I loved hearing about all of Ezra’s accomplishments and couldn’t wait to find out who he was going to meet next. Also, Dave Sartin’s smooth voice on the narration was icing on the cake!