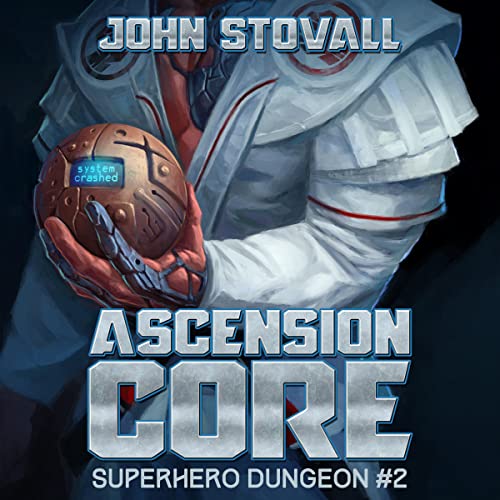 By: John Stovall
Narrated by: Brian Wiggins
Try for £0.00

But the supervillains made off with the other nine Villain Cores.

Now, Lucas Lee—the hero Fury Fist, and Sam’s closest friend—must complete a mission to recapture one of those cores. Fury Fist hopes they can convert the villain’s mind inside the core to fight on the side of justice.

In the meantime, Sam wants to develop "loot" in the form of cybernetic enhancements that the heroes can use to make themselves more powerful. High-level villains won’t stand a chance if the heroes have a physical edge! At least, that’s what Sam hopes.

But the villains aren’t just sitting around. They have their own plan to wipe out Sam, Fury Fist, and everyone else on the side of justice and unity—a plan that will kill millions of innocents as well.

With the aid of his AI assistant, Melissa, and the ever-growing superhero adventuring team going through his dungeon, Sam must continue to grow his training center to become the most powerful Villain Core ever.

A Dungeon Core story for fans of superheroes.

What listeners say about Ascension Core

I enjoyed this book. Good progression. Real stakes which what matters. The romance is crap though. Should have just let that go.