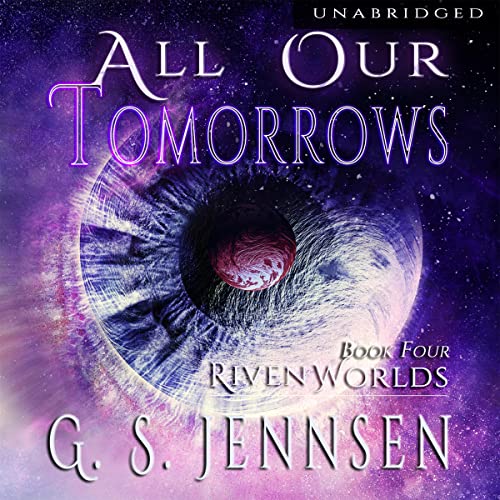 War has come to Concord. Now no one and nowhere is safe.

When indestructible warships and dimension-tearing weapons are not enough to defeat the enemy, how do you protect thousands of worlds and trillions of citizens from a Rasu tidal wave bent on devouring everything in its path?

The Rift Bubbles offer much-sought protection, but is the safety they promise anything more than an illusion? A weapon crafted by the nearly extinct Ourankeli may hold the key to gaining the upper hand - or it may be a doomsday bomb too dangerous to chance wielding. The Asterions strive tirelessly to improve upon and create new weapons that can kill Rasu, even as Nika Kirumase draws tantalizingly close to unlocking the true power of kyoseil.

Yet, for every strategic move Commandant Miriam Solovy makes to thwart the Rasu's advances, the enemy swiftly counters in a deadly battle of escalation.

We don't need to fear death, for it cannot hold us.

Regenesis, long the exclusive domain of Anadens, begins to take root in human society. But, the possibility of immortality for all does not sit well with those who would rather keep it for themselves. When a conspiracy to sabotage the future of Regenesis is uncovered, an unlikely advocate decides to risk his one-and-only life to bring the perpetrators to justice. And, amidst all the conflict, the enigmatic Katasketousya have been playing a secret long game with the fate of the universe. Now, events race toward a rendezvous with their unfolding machinations, and the resulting collision is going to change everything.

In Amaranthe, where exotic alien life, AIs, wormholes, indestructible starships, and the promise of immortality rule the day, no feat seems out of reach for humanity. But, when the worlds of Aurora Rhapsody and Asterion Noir collide, and the Rasu horde descends upon them both, more will be asked of heroes' past and future. More will be given and more taken, and when the dust settles, the very fabric of Amaranthe will be altered forever.

What listeners say about All Our Tomorrows