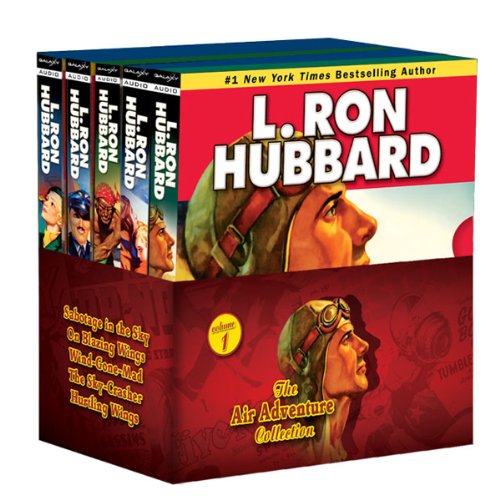 Sabotage in the Sky
Pilot Terry Lee has taught Bill Trevillian everything he knows about flying, enough that Bill's now considered the ace of American test pilots just as war breaks out in World War II Europe. Unknown to Bill, Terry's also taught his own kid sister, Kip, who's now almost as good a pilot as Bill and quite the looker to boot.

On Blazing Wings
David Duane, artist, adventurer and air ace, discovers his destiny awaiting him inside a mystery-shrouded Finnish city of golden minarets. As Duane bravely confronts and challenges his fate, the action swirls to an explosive climax amidst a fierce aerial dogfight with an unexpected toll.

Wind-Gone-Mad
In a tale played out during the last days of pre-World War II China and the rise of Communism, Jim Dahlgren, representative of the Amalgamated Aeronautical Company, has had enough of the fatalistic brand of diplomacy from other nations that claim to want a united China.

Sky Crasher
Caution is a second-generation ace pilot desperately trying to bury his past and the memories of his father - a daredevil barnstormer who perished trying to wow crowds and killed Caution's mother from the shock. When the US Post Office puts its international delivery service up for grabs to the first airline that can successfully circumnavigate the globe and outperform every other airline, Caution's boss presses him into competing for the contract.

Hurtling Wings
Racer and test pilot Cal Bradley flies in the National Air Meet to capture valuable air mail contracts. But Cal faces an unscrupulous competitor and a gorgeous dame who may spell his ruin as the planes take flight.