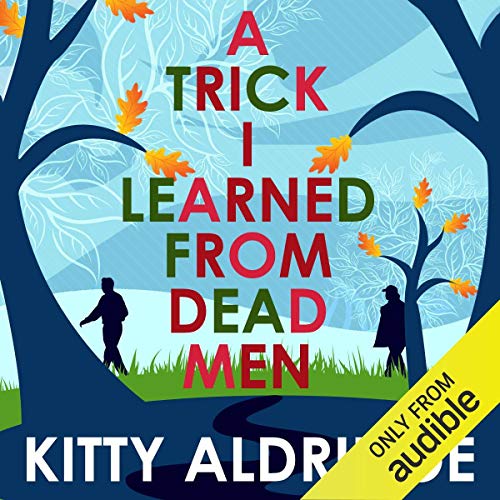 A Trick I Learned from Dead Men

By: Kitty Aldridge
Narrated by: Kristopher Milnes
Try for £0.00

‘Longlisted for the Women’s Prize for Fiction 2013’

After the disappearance of their father and the sudden death of their mother, Lee Hart and his deaf brother, Ned, imagine all is lost until Lee lands a traineeship at their local funeral home and discovers there is life after death. Here, in the company of a crooning ex-publican, a closet pole vaulter, a terminally-ill hearse driver, and the dead of their local town, old wounds begin to heal and love arrives as a beautiful florist aboard a 'Fleurtations' delivery van.

Sometimes sad, often hilarious and ultimately tragic and deeply moving, A Trick I Learned from Dead Men is a pitch-perfect small masterpiece from a writer described by Richard Ford as having "a moral grasp upon life that is grave, knowing, melancholy, often extremely funny and ultimately optimistic".

Kitty Aldridge was born in the Middle East but grew up in England. A graduate of the Drama Centre, London, she has since worked in theatre, film, and television as an actress and writer.

"Aldridge is a skilled observer and the novel is full of detailed, sometimes strangely beautiful descriptions... Aldridge shows her eye for detail: there is joy to be found in the mundanities of day-to-day life." (Jo Caird, Times Literary Supplement)
"A wonderfully funny, original novel. It is a testament to Aldridge's writing that she manages to create a convincing and expansive universe in such a modest space. In writing about lives and deaths reduced to their smallest elements she has created something joyous and life-affirming." (Evie Wyld, Guardian)
"Kitty Aldridge has a gift for original prose.... The narrator's tone of voice is pitch-perfect...blackly funny, moving." (Melissa McClements, Independent)

What listeners say about A Trick I Learned from Dead Men

Just not what I expected.

I would like to say that this book was interesting, and it kind of was in a rambling, not going anywhere way. I was constantly waiting for the story to start but it never did and then before I knew it it was finished and I was left feeling a bit cheated, as if I had invested my time but had no return. Perhaps I just didn't get the point of the book??