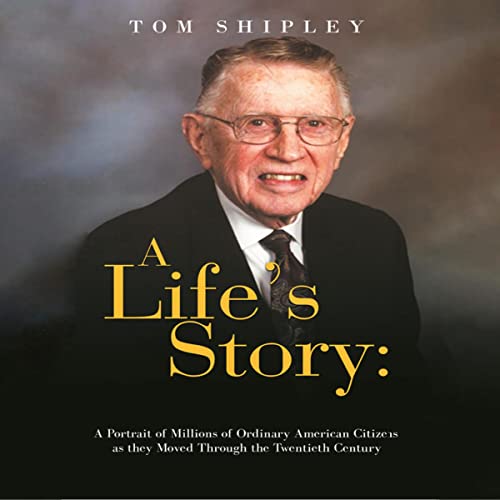 Thomas Shipley has been endorsed by Marquis Who’s Who as a leader in his industry.

Marquis Who’s Who, the world’s premier publisher of biographical profiles, is proud to present Thomas Shipley with the Albert Nelson Marquis Lifetime Achievement Award. An accomplished listee, Thomas Shipley celebrates many years’ experience in his professional network and has been noted for achievements, leadership qualities, and the credentials and successes he has accrued in his field. As in all Marquis Who’s Who biographical volumes, individuals profiled are selected on the basis of current reference value. Factors such as position, noteworthy accomplishments, visibility, and prominence in a field are all taken into account during the selection process.

Mr. Shipley is a well-versed professional in the marketing, advertising, sales, and engineering industries. He learned about electronics and how to repair radios and televisions through his work with the Navy, where he was selected to be part of a new unit at the time, the Fleet Airborne Electronic Training Unit. While serving in this unit, he taught incoming aviation radiomen and officers about airborne radio, radar, and countermeasures equipment. After his service, he attended Virginia Polytechnic Institute and State University, where he obtained a bachelor of science in electrical engineering, with honors. He began his professional career and training as an engineer with the General Electric Company. Today, he is the owner and president of Machine Tool Sales Company, a marketing and sales consulting company for manufacturers in metalworking, machine automation, and computer fields. In addition, Mr. Shipley is an accomplished writer and has been widely published by trade publications across sectors, including a regular column on advanced technical matters for Metalworking Production & Purchasing magazine.

While working with General Electric, Mr. Shipley was transferred to the Specialty Control Department, where he was made application engineer and product planner for numerical controls for machines and processes, which were changing from electronic tubes to solid transistor technology. In layman’s terms, this was essentially the foundation for computers, which Mr. Shipley worked on for years. Although he grew up in the '30s and '40s , taking weekly trips to the public library, today he uses the internet efficiently because he has been well-versed in the technology since its inception. Mr. Shipley has also authored many books on topics ranging from global warming to the economy, as well as several cookbooks, and he plans to release another book in the near future. His professional successes have been recognized by organizations such as the Abrasive Engineering Society, the Numerical Control Society, and SME.

Having been in business for more than 20 years and in his industry for nearly 70 years, Mr. Shipley is proud to have been born at time when technology was evolving. He attributes his success to his parents, who provided him with a solid foundation from which to value education and learning. Mr. Shipley has been affiliated with the Business/Professional Advertising Association, the IEEE, SME, the Abrasive Engineering Society, and the Detroit Economic Club.

In recognition of outstanding contributions to his profession and the Marquis Who’s Who community, Thomas Shipley has been featured on the Albert Nelson Marquis Lifetime Achievement website.

What listeners say about A Life's Story