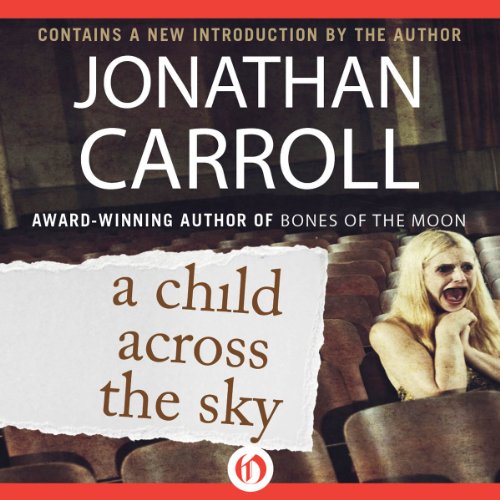 A Child Across the Sky

By: Jonathan Carroll
Narrated by: Daniel Goldstein
Try for £0.00

Weber Gregston and Philip Strayhorn are best friends. They were at college together; they struggle as nobodies in Hollywood together. Weber soon becomes the most acclaimed director of his generation. Phil is unrecognized for years, and then makes a series of notorious horror films. He has everything; love, fame, money.

Then he takes a gun and blows his head off. Why? Weber hopes the answer is on the video tapes that Phil has left him. But when he plays them, he finds messages from beyond the grave. Step by step, Weber learns that the evil Phil portrayed in his last film is not just slasher gore. He has created something which threatens his friends' lives. And if Weber doesn't put it right, and fast, that evil will extend far beyond a handful of people in Hollywood.

Exploring love and cruelty, creation and ambition, A Child Across the Sky is a brilliant tale of wonder and fear. It is also one of the most important novels of fantastic fiction in recent years.

What listeners say about A Child Across the Sky

Such a great story by an amazing writer, shame about the narration, it was incredibly robotic.

I listen to 5 hrs of it and could not handle the voice anymore. Seemed robotic at times, all over the place punctuation, no consistency. Even though different tons of voices were assigned to different characters, still, sounded plain with all over accents and punctuation.